Tue Aug 9 09:22:05 2022 The Design of the Walking Liberty Half Dollar is considered in some circles to be one of the most beautiful ones ever on a coin. Part of the wave of post Teddy Roosevelt redesigns of American coinage, this design, along with the Mercury Dime and Standing Liberty Quarter was the first set of US coins that weren't uniform. The designer was Alfred A Weinman, and shows the Anthological Liberty gracefully striding in the wind with the sun setting (or perhaps rising) in the background.

The design of the coin was a serious departure from previous designs with a full bodied and complex design with liberty in 3/4 view and in great detail. The reverse is a perched eagle, also in 3/4 view, all of which must have added to the dramatic impact that the coin had upon its release to the public.

There was a significant feeling when this coin was released that it replaced a coin which was largely a failure in design in the Barber Half Dollar. That is an opinion which I believe was largely incorrect. The Barber design was an especially fine coinage design which worked and was quite beautiful well through out the life of the coins. But the Walking Liberty is a dramatic change, especially in the relative conservative era of coin design in the 1910's, being released at the same time as the Standing Liberty Quarter.

I have one exaple of a Walking Liberty Half, and this scan of the coin doesn't do the coin justice. The coin itself has wonderful luster for a AU grade silver piece. 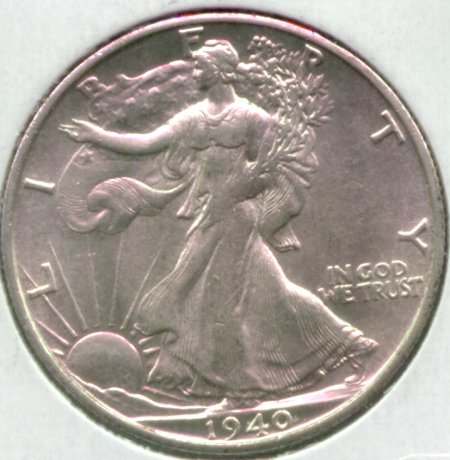 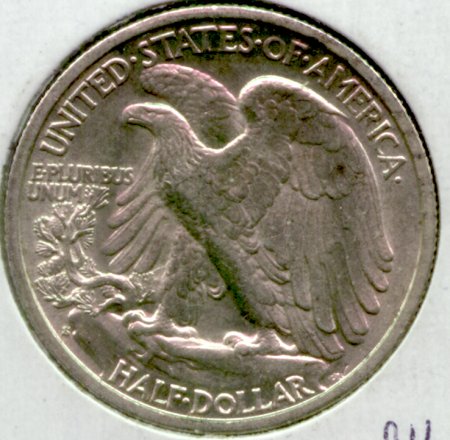 Some of the highlights of this design is that collectors count the number of fingers that are extended, the stars in the Flag that is wrapped around Liberty's shoulders should be visible and crisp, the wreath should be clear and the suns rays should be complete.

This particular example of the Walking Liberty has been a bit hard to photograph well. The above images are scans, but fail to show the luster of the coin. These are photo's of the same coin. 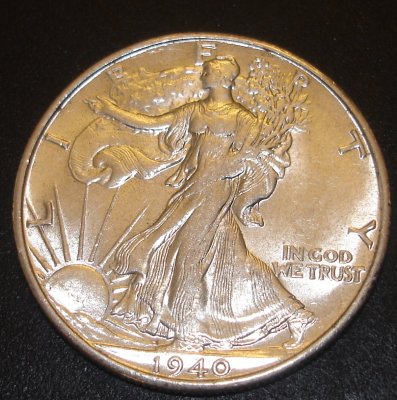 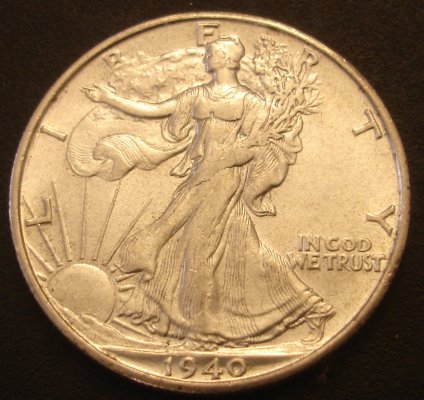 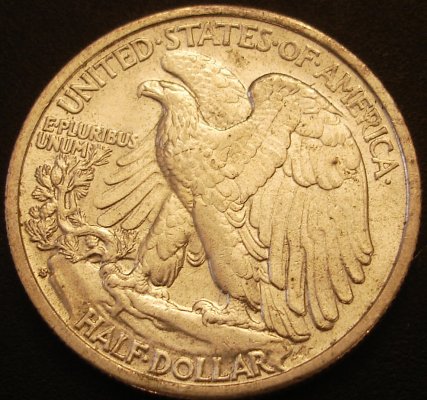 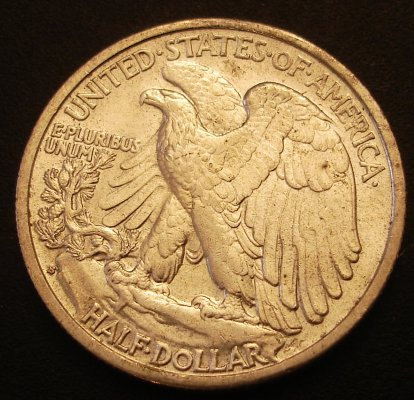 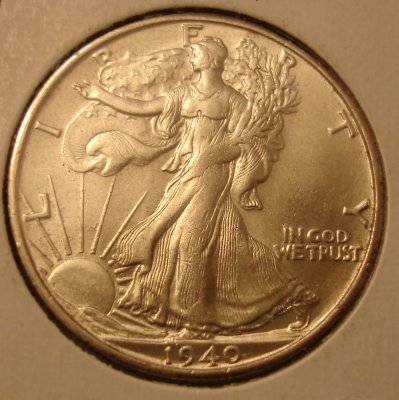 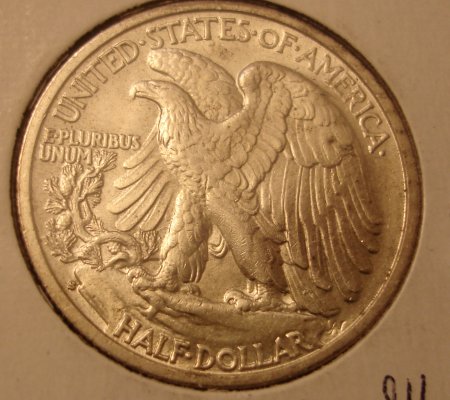 There has been an interesting discussion on the grading of this coin at cointalk. Its worth reading to understand how coins are graded and the characteristics of Walkers in general.

The design was returned for the American Silver Eagle Series in 1986, and continues today. Proof examples of the silver dollar bring out even more of the design in all its glory.

A mention should be made here at this point about the general trend of American icons, mounuments, and depictions of Liberty as a symbol of America. Unlike most European nations and monuments, and as clear break from Roman tradition, American depictions of Liberty and never armed, with swords drawn. It is not within the American mythos that our liberty and freedom is violent in nature. We have several examples of shields, but from the Statue of Liberty, through nearly every symbol of the United States, our symbols are representitives of peace. This walking liberty is a fine example of American liberty based on prosperity and peace.