D>Ruben Safir Coins Collection: Sacagawea Golden Dollars Sat Mar 23 13:15:24 2013 Sacagawea Golden Dollars was a rather bold design for the US Mint in a half century of conventional and boring designs. With the failure of small size Susan B. Anthony dollar to catch on with the public, in 2000 the government introduced the Sacagawea Design on a new golden colored alloy. These "Golden Dollars" have a portrait on the obverse which represented Sacagawea, the Shonie Indian Princess who helped lead Lewis and Clark on their trip up the Missouri River. The reverse of the coin has one of the most elegant flying eagle designs ever produced by the Mint.

The coin had some success in circulating, but not nearly enough. Of late, within the last few years, the demand for dollar coins has risen with their use in vending machines as the cost of candy, subway fares, and stamps have increased and as automated vending systems increasingly replace human clerks. In fact, by 1999, this problem was part of the impetus to bring the coin into existence, as the Susan B Antony was largely disliked.

A few oddities have happened with this coin. First, the Mint promoted the coin with General Mills and put a 2000 Dollar in Cherrios Boxes. The released coin ended up being a pattern variety and not the exact design released later to the public. These "Cherrios Sacs" go for quite a premium. Then the Mint could resist minting a few in real Gold which they sent on a trip with space craft Challenger and the returned coins are sitting in a vault in the Mint. Lastly, the artist, Glenna Goodacre, received a $5000 fee for the design of the obverse which the Mint paid Ms Goodacre in specially prepared Sac Coins. Some of these have been slabbed by ICG under a special arraingment with the artist.

The reverse of the Sac was created by Thomas D. Rogers who gets no credit for an incredable peice of work. With the change to the yearly reverse alterations the Eagle is gone. I believe that the original Sacagawea design will become very collectable in the future as is might be the only coin released in modern times with any real asthetics.


Here is a nice 2000D pulled from circulation 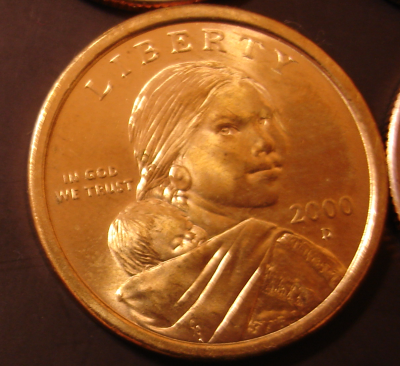 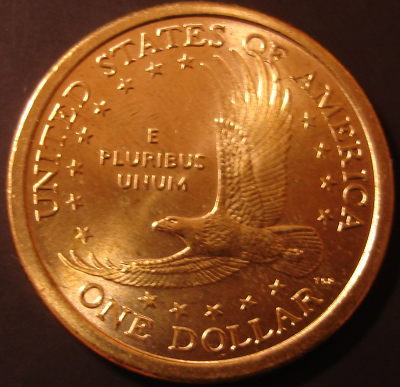 Another Super pull from circulation of a 2000 D Sac. Look at the strike on this baby. 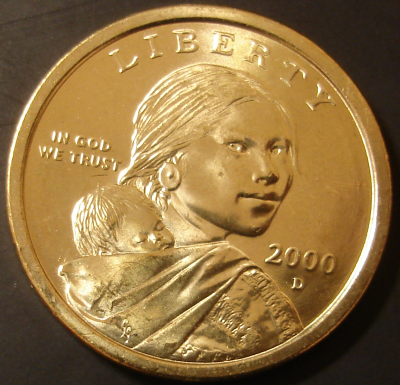 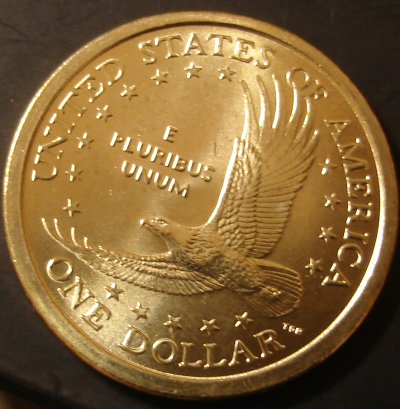 Another great view of the reverse 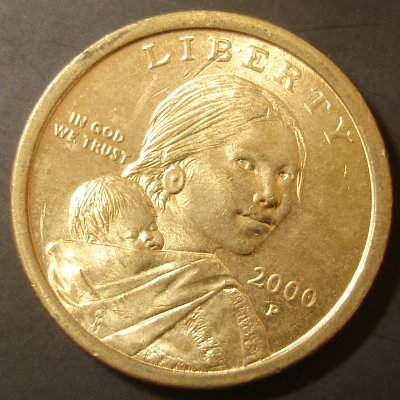 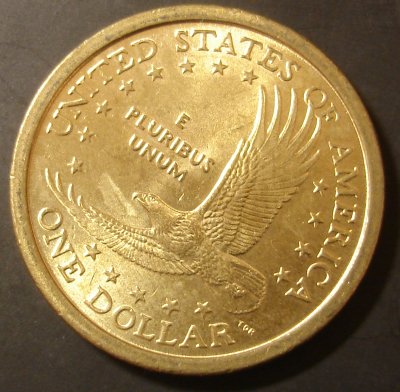 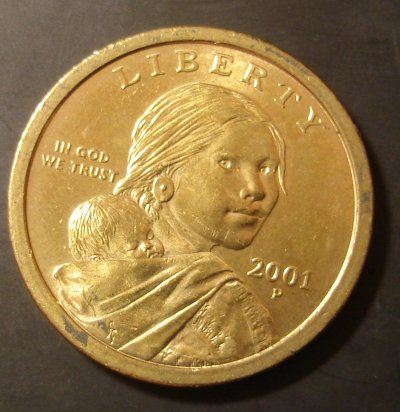 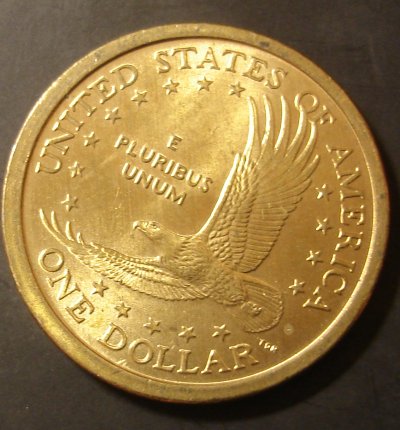