Sat Mar 23 19:54:57 2013 Sat Sep 11 06:45:35 2010 When President John F Kennedy was assassinated in November of 1963 the Government had decided they had to immortalize the former President by bumping the truly historical American, Benjamin Franklin, from the Half Dollar and to release a heroic portrait of JFK on the half. The original face was objected to by Jackie Kennedy, the President's widow and so the hair style was slightly altered and made less pronounced.

The coin was originally released with 90% silver in 1964. From 1965 through to 1970 was created with 40% silver. From 1971 until the present the coin has been minted as a copper-nickel clad with the exception of silver proofs which were available from the mint from 1992 on.

The reverse of the coin is the unimaginative Presidential Seal, with Herodic Eagle design, not nearly as nice as the Barber Half. During the Bicentennial the reverse was changed to Independence Hall. It was then changed back in 1977. There was also a 1976 40% Silver Bicentennial both as mint state and proof.

The coin never circulated much. Half Dollars are todays forgotten coinage. You almost never see them in circulation. Banks often don't carry them. I have, however, been able to pull a few from circulation. 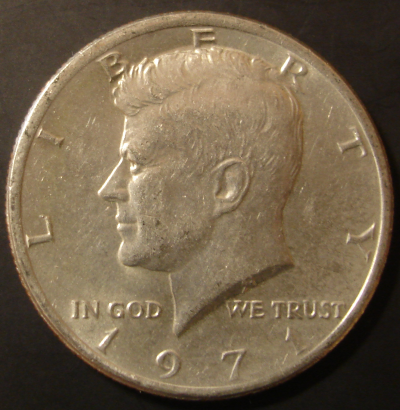 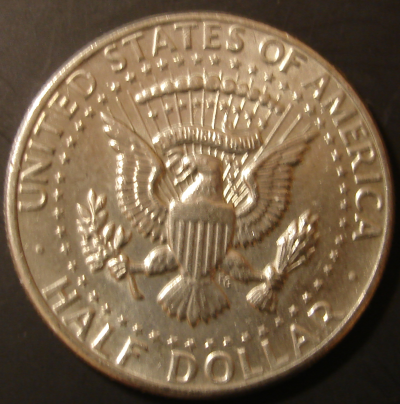 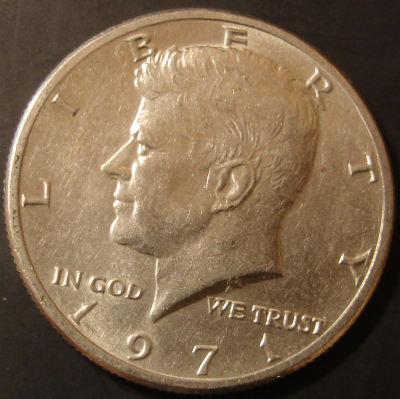 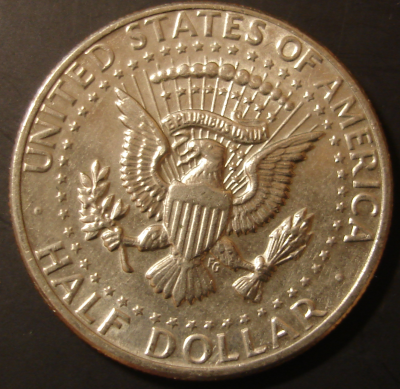 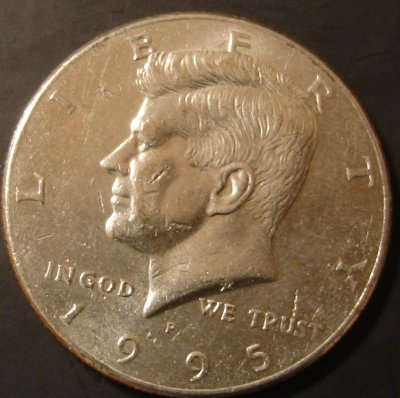 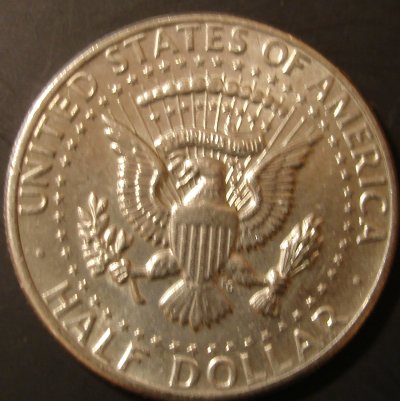 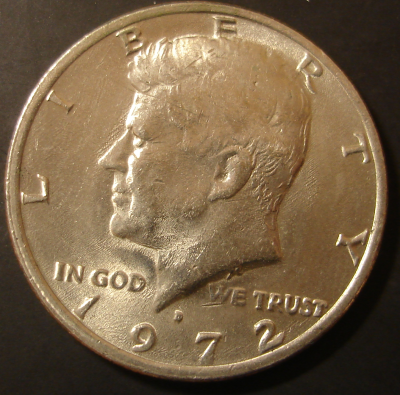 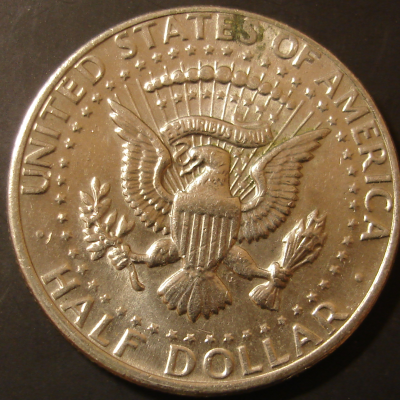 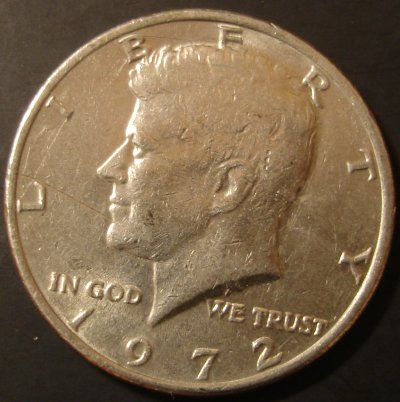 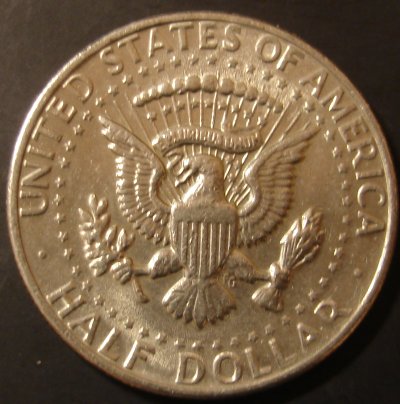 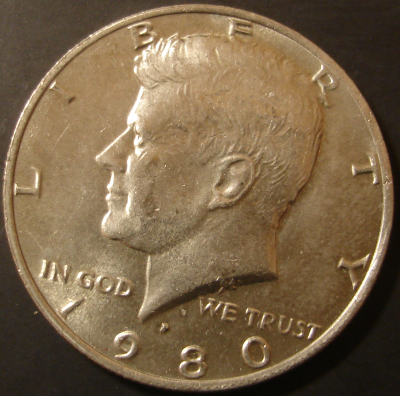 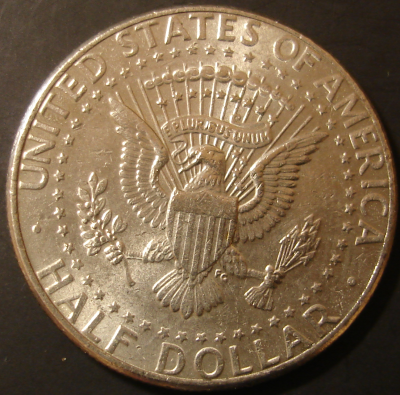 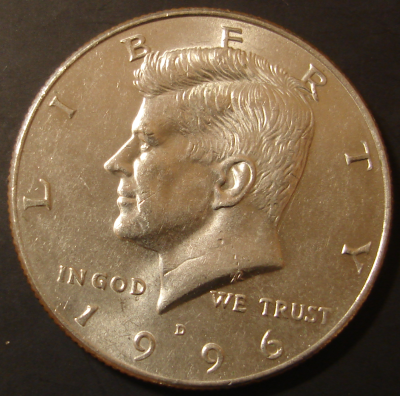 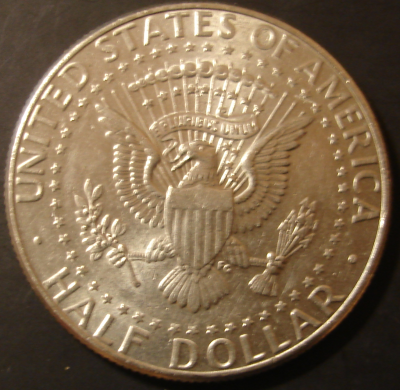 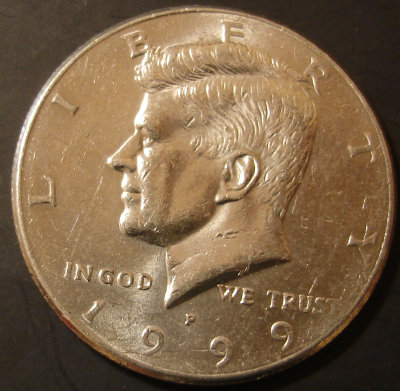 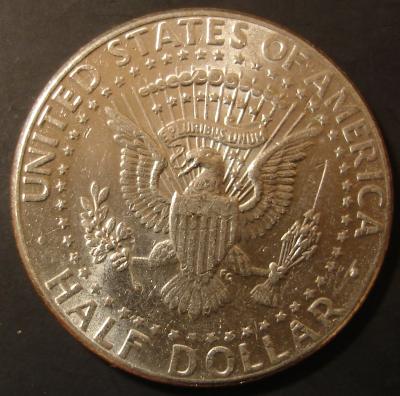 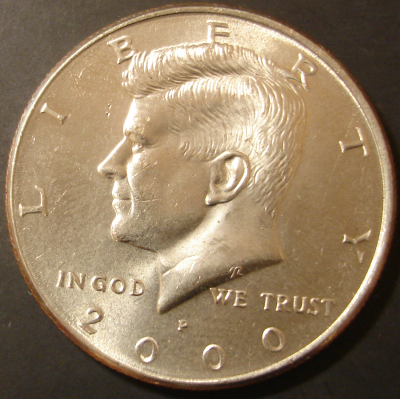 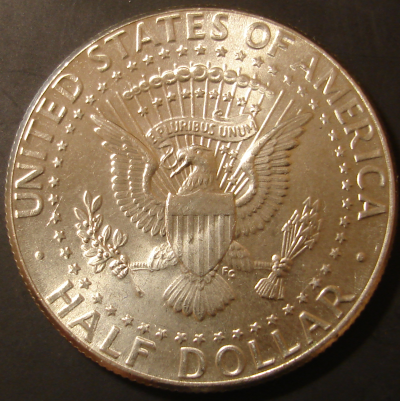 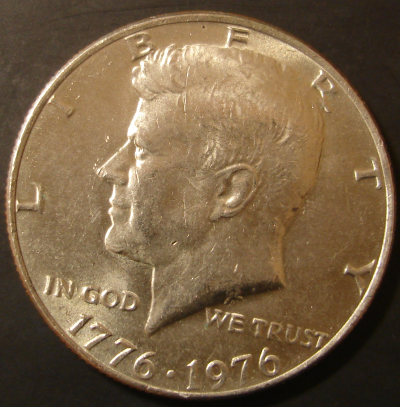 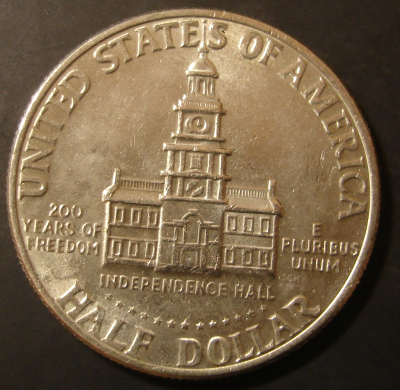